Some analysts predict that Bitcoin prices will increase significantly. With the halvening approaching, that prediction could become a reality. Most crypto investors certainly hope so – but large capital gains will inevitably follow a bull market. Becoming crypto-rich has some serious tax implications that every investor needs to be aware of.

Tyson Cross joins the show to discuss these implications and shares powerful tax reduction strategies that investors can utilize during the next big crypto bull run. 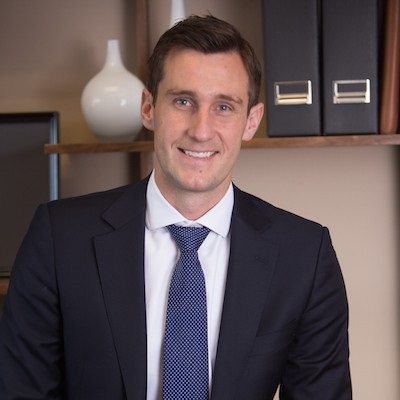 “The simplest thing you can do realistically, from a tax planning perspective, is be very aware of timing of your transactions. Generally you’re going to be better off if you spread out your cash out over two tax years, instead of bunching it up into the same tax year. For example, instead of selling everything at the end of December, if you instead sold half at the end of December and half at the beginning of January, that would have some really powerful effects. As simple as that concept is, you would lower your tax bracket for both years because you would have half as much income in each year.”

“The worst thing you can do from a tax standpoint is cash out everything right at the end of the year. Let’s say you cashed out on December 31st – your taxes are due on April 15th,  just three and a half months away. So not only did you perhaps put yourself into a higher tax bracket, you also have to pay that bill in just three months. Whereas if you waited one day and cashed out on January 1st you don’t have to pay any taxes until April 15th the following year – fifteen and a half months.”

“There is sort of an old saying in the tax world that a tax deferred is a tax avoided.”

“There’s actually many different variations of this structure. They’re all basically the same concept, just with some twists in terms of how they’re actually formulated. The basic idea is the same: you establish this special type of trust, a charitable remainder trust, and fund it with appreciated assets. You can do this with real estate, stock, or cryptocurrency. It doesn’t matter.”

“When you set up the trust and fund it with your [Bitcoin], you receive a charitable contribution deduction for setting that up. So that’s your first tax benefit. Then the trust can sell the bitcoin and it pays no capital gains tax. So that’s your second tax benefit there. The trust can then reinvest the proceeds from that sale into other income producing assets. And then what happens is the trust pays you an annuity for the rest of your life. That’s a guaranteed income stream – another benefit there. When you die, whatever’s left in that trust goes to charity.”

“There’s a lot of flexibility – the idea is that you are saving taxes, putting more money in your own pocket, and you’re benefiting charity.”

“The basic idea of the opportunity zone is that you can reinvest proceeds from the sale of an asset, like Bitcoin, within 180 days into what’s called an Opportunity Zone Investment – these are designated areas all around the country that Congress determined needed additional investment.”

“The rules on these are pretty complicated, but here are the basic benefits of investing in an opportunity zone: first of all, you have no capital gains on the Bitcoin you sold until 2026. That deferred gain is then reduced by 10% as long as you keep your investment in the Qualified Opportunity Zone for at least five years. It goes down by 15% if you invest by the end of [2019]. The big kicker is that you’ll never owe capital gains tax on the appreciation of the Opportunity Zone Investment as long as you hold it for more than 10 years.”