Connie Gallippi is the Founder and Executive Director at BitGive, the first Bitcoin non-profit organization recognized by the U.S. Government. BitGive utilizes GiveTrack, a platform that enables organizations to accept cryptocurrency donations and donors to follow the progress of those donations.

Connie joins our show to discuss how BitGive is harnessing the benefits of blockchain technology and cryptocurrency in order to help those in need during the COVID-19 crisis. She shares information about BitGive’s most recent campaign, and the beneficiaries of the cryptocurrency donations. We discuss how beneficial it is to leverage blockchain technology in the non-profit sector, how BitGive has accomplished it, the hurdles they’ve encountered, and the benefits of being the first in this space. 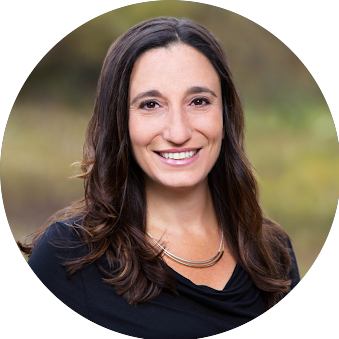 Connie: We’ve been wanting to do an emergency fund of our own for a long time – so that we could always be ready for the next thing that comes up unexpectedly. We felt like this was an opportunity to do that.

We chose three beneficiaries NGOs that we identified upfront, that would be the recipients of the funds. The first beneficiary is Direct Relief, which is frontline medical workers and relief efforts globally. They work in the US, South America, and the Caribbean.

The second one is Give Directly – they have two different COVID programs right now. They focus on direct cash transfers to vulnerable populations, and they have six countries in Africa that they’ve been supporting for quite some time. And now they’ve expanded into the US as well.

The third is One Fair Wage, which is a US-based organization and is supporting gig workers and hourly workers who are affected by unemployment.

Connie: We have a couple of different options for people to donate. We have Bitcoin, which is the easiest one – it goes directly into the campaign wallet.

Then we have two other options. One is Uphold. We have a direct integration with uphold – you can donate all kinds of different cryptocurrencies and also different fiat currencies. They essentially are doing the conversion for us to Bitcoin and then putting Bitcoin in the campaign wallet.

For this current campaign, we’re also piloting a new option, which is PayPal. PayPal is more common to the mainstream donor and we want it to open up opportunities for mainstream donors. It’s hard sometimes for them to learn about Bitcoin – so, PayPal is sort of a roundabout option. It’s a PayPal donation, but basically what we’re doing is we’re taking those PayPal donations, and because they’re directly to BitGive, we don’t have any issues with the regulatory scene. We can convert them ourselves into Bitcoin and then put Bitcoin into the campaign wallet. We’re doing that for any PayPal donations that come, and then we’re providing the blockchain transaction to that donor after the conversion.

Connie: Now, more NGOs are accepting Bitcoin – the difference between us and a lot of the NGOs that are starting to come onto the scene, is that we don’t convert it immediately. The beauty of not converting it immediately is leveraging the technology itself. It’s not just a new form of donating. It’s actually leveraging the tech. The whole point of Gift Track is that everything is held in Bitcoin.

We encourage the NGOs to actually move the funds on the blockchain network to save money and fees, to save time, and to benefit from the security of the cryptographic transactions. Also to be able to see that movement on the blockchain and to be transparent about what happens to the funding.

Connie: First go to GiveTrack, which is where all of our campaigns are. You’ll see the COVID campaign on the home page. Once you go to the campaign itself, there’s a couple of different options for donating. We have a donate with crypto button, which will give you the option of donating Bitcoin or using Uphold – I think Uphold takes 60 different crypto and fiat currencies. It opens up all kinds of options. Bitcoin can be done directly to the campaign. We also have PayPal, which you can use for credit card donations or PayPal donations, and they come to Bitgive, and then we convert them into Bitcoin and apply them to the campaign.